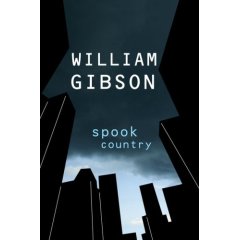 I think this could’ve been a pretty good short story: A new, underground artform called “locative art” uses a network of GPS technology as its method of display. Former lead singer of the band “The Curfew” Hollis Henry is hired by a new “Wired” type magazine to write an article on the new artform and hunt down the secretive hacker who makes it all possible. There’s Cuban agents, CIA, and a billionaire involved in the search. But it drags on. Gibson loves describing everything — even things he’s alread described. A coat is no long a coat, it is Paul Smith coat, and it’s the Paul Smith brand coat every time the coat is put on or taken off. Jeesh. If not for the former rocker angle, I would’ve put it down after the first 75 pages.