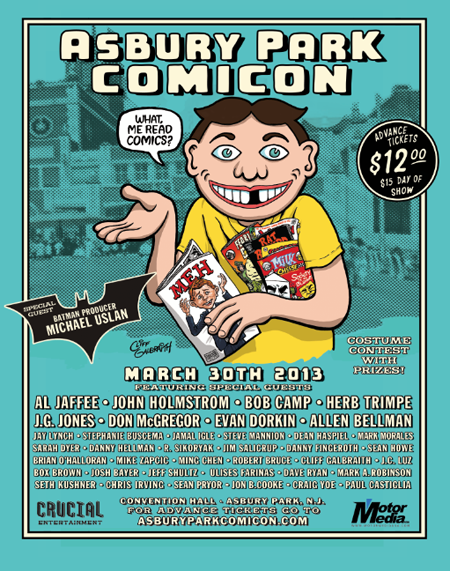 Magazine illustrator Danny Hellman had offered to make a mermaid on the beach covered in tattoos, reading comics. The sketches were exactly the look I was hoping for and Hellman’s style is a favorite of mine. But he got really busy with some paying gigs, and I told him I’d jump in and bang something out. Being from the area, I knew Tillie was the character associated with Asbury Park since the old amusement park days. He can still be found on T-shirts, buildings, even tattoos. So I cast him as an Alfred E. Neuman poser, just as Alfred would do every month on the cover of MAD Magazine. It was a nod to our guest Al Jaffee, and to our collective humor about what we were doing — we were taking the piss out of the comic convention industry. 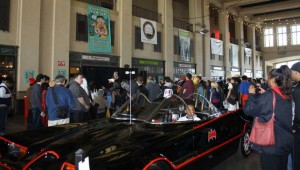 And there’s a 10 foot version hanging in Convention Hall.