(The original video on the PBS website has disappeared, which showed a great scene from the play. That scene appears on this video from the Charlie Rose Show at 8:05)
I recently saw the Broadway play  Red the story of a two-year period in the life of Mark Rothko, the abstract expressionist painter who achieved recognition in the 1950s. Red stars Alfred Molina (yes, that’s Doc Octopus from Spider-Man II) who gives one of the most powerful performances I’ve seen in ages.

Let me just start by saying, while I draw, paint and create, I will never reach the intensity of a Mark Rothko. While I aspire to a higher level of creativity (I would hope all artists do), I don’t believe it’s productive to do so to the point where it alienates everyone I know and love, and in the end, would cause me to take my own life as Rothko and so many other artists have done. I’m happy to draw my comics and live near the beach with my wife and go on adventures or just walk my dog. Maybe Rothko or Van Gogh or Diane Arbus just needed a dog. I’ve never heard they had a dog at the time of death. I have a great dog named Kirby. When art or life become too demanding, Kirby and I just play with the ball in yard or go for a stroll on the beach.

While I’m not sure whether Rothko had a dog, he did have an impressive career, and for a moment in time, changed art itself. In Red, Molina’s Rothko is a self-absorbed, pompous genius, whose intelligence is eclipsed only by his passion for creativity. This is brilliantly conveyed by Molina’s riveting performance. I sat in the dark and wept at times, for reasons I can’t convey.

I can’t really say I suffer for my art. Actually, my art probably suffers because of me. I’d offer that creativity is a lot harder than it looks. It’s a great gig, I couldn’t imagine doing anything else, but it can be a struggle. Â It’s full of personal challenges, crushing defeats and glorious victories. But when it gets too crushing, or even too glorious, it’s probably a good time for me and Kirby to head to the beach. 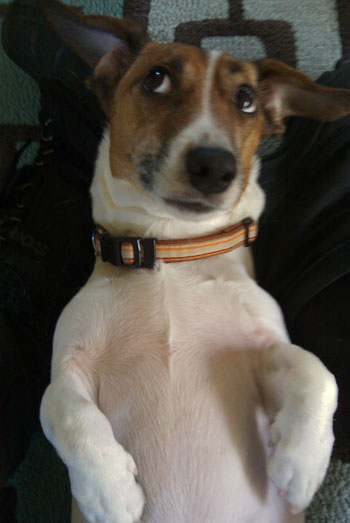