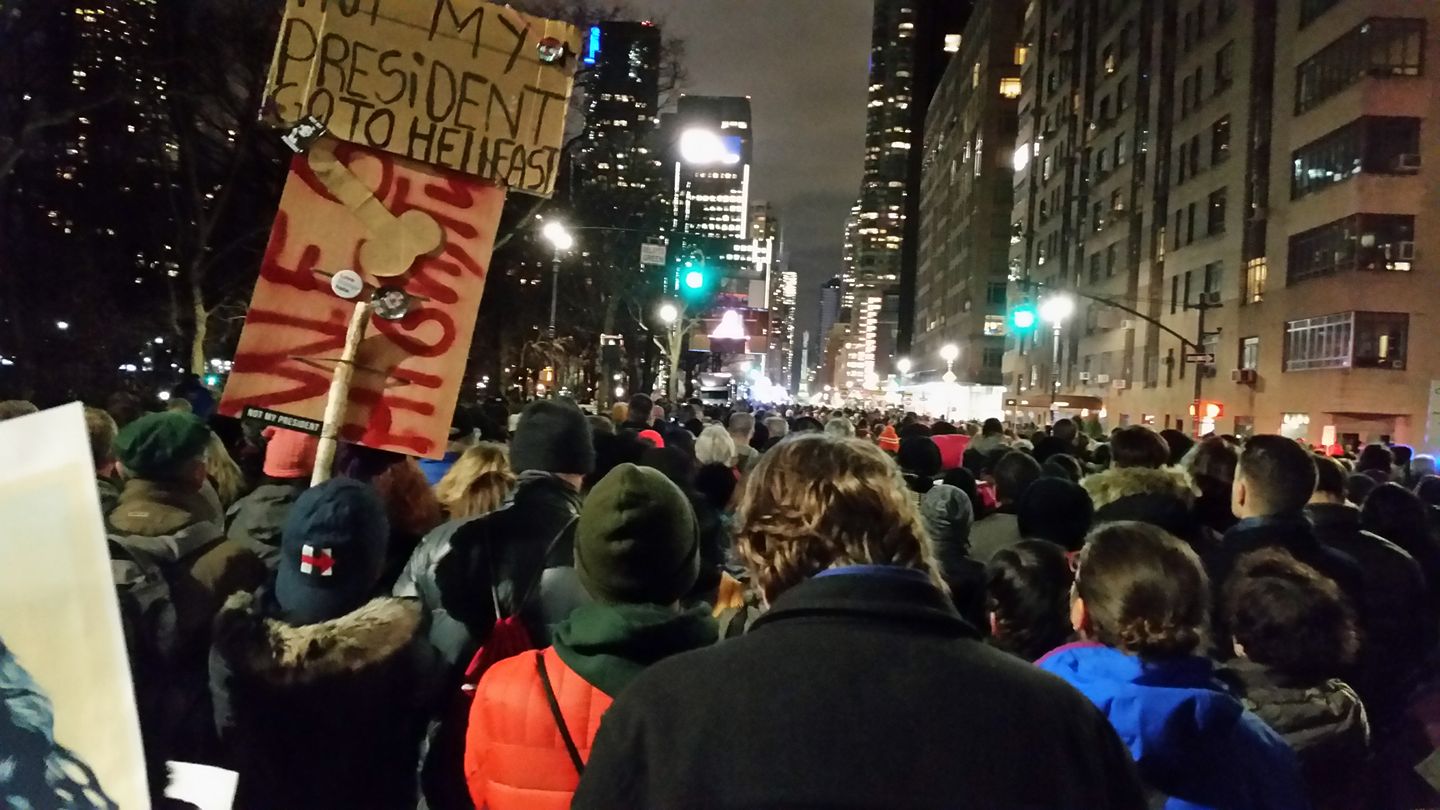 I’ve never been involved in a protest. I was a child in the 60s, and was completely aware of what was happening in Vietnam and in streets of America, but I was too young to take part. By the time I was 15, the Vietnam War draft was discontinued and when I was finally 18 the war had ended and President Nixon was long gone.

I’ve never romanticized about the glory of mass protest or war — both can be a dangerous commitment. My problem has always been, that because of the times or other circumstances, I’ve never served my country.

On Jan 19th, the night before Donald J. Trump took the oath of President of the United States, I took the train from my home in Red Bank, NJ and joined 25,000 fellow Americans in NYC to be heard. I plan on serving my country with a commitment to resist all forces that would degrade our liberties.