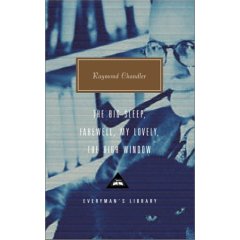 I just finished Raymond Chandler’s “The Big Sleep” which I felt would help me with writing for Rat Bastard. The book is very similar to the Humphrey Bogart film, it just has a lot more details. It’s hard not to picture anyone but Bogart as the cool-as-a-cucumber private dick Phillip Marlowe. I love the language, the terminology, the smart talk. At one point, Marlowe is questioned by a local hood, who never uses Marlow’s name, he simply refers to him as “soldier” — a kind of a put down, implying he’s a just a grunt in a much bigger picture. “What’s your angle, soldier?” he asks Marlowe. A great tough-guy taunt. 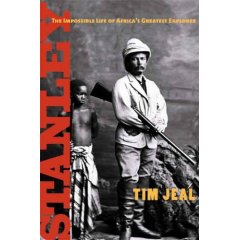 Now Iâ€™m on to â€œStanleyâ€ a reconsideration of the life of Henry Thornton Stanley by Tim Jeel. According to Jeel, Stanley got a bum rap up until now. Heâ€™s been branded a racist, opportunist, exploiter, and henchman of King Leopold II. But Jeel got a rare look at the archives of Stanleyâ€™s diaries, and found a much different man — A man who cared deeply for the people of Africa and a true love of the continent. His bravery was unparallel, and may have been the greatest explorer in modern history. Iâ€™m just getting into the book, but itâ€™s a fantastic read so far.